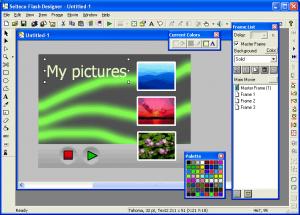 Can a «simple» python package be imported as a name package?

Let’s say I have a submodule in a package that I want to use inside another package. I don’t want to use an import or relative import as it will require a bit more setup and probably leaves a trail.
Is this possible with python?
Given I have
a.py
module_a.py

To import one, without an import, and using a relative import, using a.py as the package would work…
from.module_a import *

So what I’m trying to figure out is can module_a.py somehow be treated like a package when imported in the same way? That is, how can a package be imported the same as if it was not?
I know this could be done with a convention like just prefixing it with the package name, but that seems hacky and not very pythonic, especially in the presence of packages that implement the same functions.

It is possible but not easily for the average user, but you can do it yourself.
module_a.py:
#!/usr/bin/env python
from __future__ import absolute_import
from. import module_b

Now if you just say
./module_a.py

Nothing will happen.
Now try
./module_a.py b

It will work like what you want.
So if you want to use a module as a package.

Implement what is needed in module_a.py.
No module in the package will be executed.

I want to add imageview in particular position in my view, but due to smaller screen size i have to split the layout.
(I am using UITableview in my view)
I have 3 individual

John Monks is the CEO of XPRIZE Foundation and the Chairman of the Board of Directors of Ansaralife Limited, an organisation which is deploying a revolutionary banking platform that provides finance to the marginalised poor. In 2002 Monks was awarded the Ernst & Young Entrepreneur of the Year Award and was named in ‘The Independent’ newspaper’s Power List, which ranked 1,300 high-achievers in UK business. Since 2006 he has been named in the Financial Times as one of the UK’s most influential business leaders.

His career began at Credit Suisse First Boston, where he was a Managing Director of the UK Equities and Prime Brokerage Service. His career took off in the UK when he moved to Credit Suisse First Boston to take on the role of Head of First Institutional Securities Markets, a core division which provides investment banking services to large institutional investors. As Head of First Institutional Securities Markets, he was responsible for the trading desk, the prime broker, custody and the operations in London and the US. During this period he was also a member of the Global Markets Desk, which was responsible for active relationship management in emerging markets. In 1999, he became a Director of Information Services, the strategy and investments division of UK based investment bank ABN AMRO.

Monks has a long and diverse record in his professional career; he led HSBC Asset Management’s European portfolio management team to establish a leading global operation in emerging markets. He is a graduate of Oxford University and the University of Washington Law School, where he
37a470d65a